The Heavy Engineering Corporation Limited (HEC) is a public-sector undertaking which was established in the year 1958 in Ranchi, Jharkhand. HEC functions under the control of the Ministry of Heavy Industries and Public Enterprises, Government of India. HEC is one of the largest integrated engineering complexes in India.

The company is in the business of manufacturing casting & forging, fabrication, machining, assembly, and testing etc. HEC is the biggest landlord of Ranchi, as it holds huge tracts of land in the city. HEC owns 5,000 acres (or equal to 3,787 football fields )of land in Ranchi [1].

In June 2014, HEC asked the permission of the central government to allow them to sell their 37 acres of land to generate a revenue of ₹ 335 crore. The government refused to grant permission to HEC, but this move helped the HEC to now about the commercial value of their land which came to be ₹ 10 crore per acre.

The public-sector corporations such as HEC acquire huge tracts of land in the name of carrying out industrial activities and to provide employment to the people whom land they acquired. Instead, these corporations keep these parcels of land unutilized and make huge losses the cost of which is borne by the people of India.

Such huge tracts of unused land must be freed from the control of Heavy Engineering Corporation so that it could be used for more productive purposes which will bring development in Ranchi.

Refer to the Images below 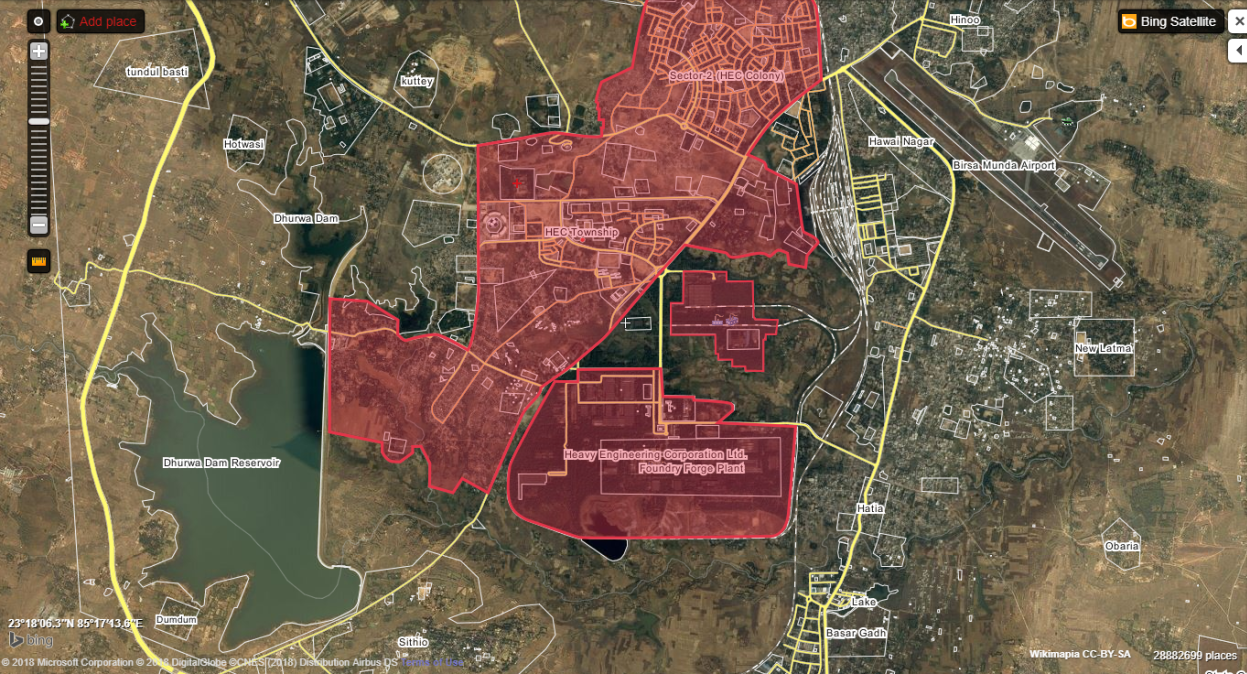