The Delhi Development Authority (DDA) [1], was set up under the Delhi Development Act in 1957, to foster the development of New Delhi. DDA handles the housing, infrastructure, commercial properties, land development and sports complexes of the city. DDA acquires vast tracts of land for commercial, industrial, residential, and recreational purposes. A survey conducted for the first time regarding the DDA-administered land in the city with the help of National Productivity Council and Geospatial Data Limited. The survey included plots under various land uses such as industrial, commercial, and recreational. The focus of the survey was to protect these plots from illegal encroachment. The findings of the survey revealed that around 5500 acres of land were lying vacant under the Delhi Development Authority [2] The survey also found that 298 acres of land under DDA was under litigation. The value of total vacant land under DDA is around 1 lakh crore.[3]


Details of Vacant Land Under DDA 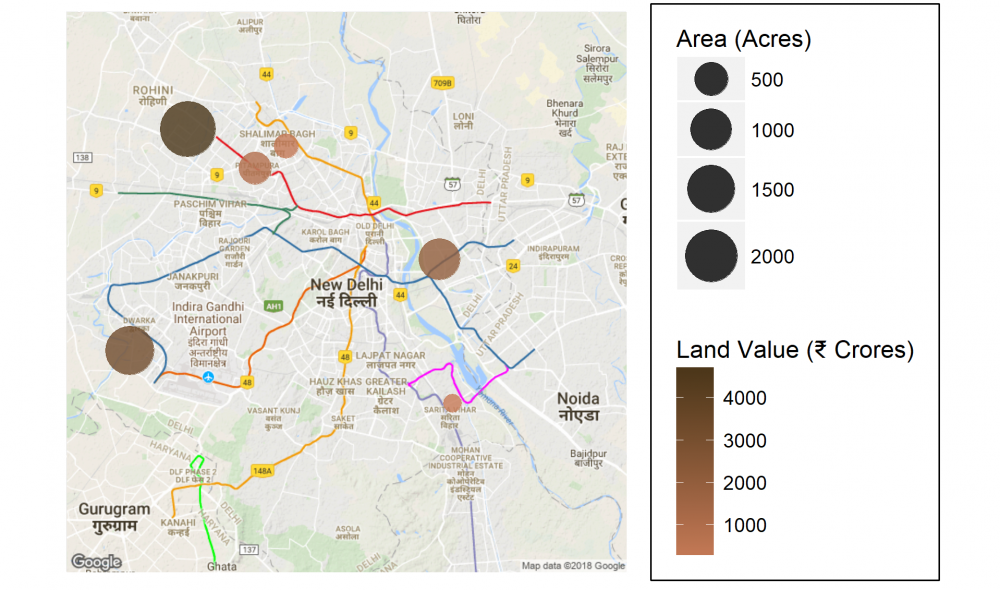 In New Delhi, the water bodies come under the jurisdiction of various government such as Delhi Development Authority (DDA), Municipal Corporation of Delhi (MCD) and Delhi Jal Board (DJB) etc [4]. According to a 2015-16 report of Ministry of Water Resources, River Development and Ganga Rejuvenation, there are total 971 water bodies, out of which 215 fully and partially encroach, 346 have been dried-up, 321 are wet and remaining 89 are transformed into parks. The city relies heavily upon Yamuna river for its water requirements. According to the Central Pollution Control Board, 40 percent of total waste of New Delhi is dumped into the same river.