The Chennai Metropolitan Area Development Authority was established in the year 1972 and became a statutory organization in 1974 under the statutory provision of Tamil Nadu Townland Country Planning Act 1971. The CMDA functions under the control of the Ministry of Housing and Urban Development.

The CMDA acquire vast tracts of land across the city for housing, infrastructure, industrial and commercial purposes in Chennai. CMDA holds huge tracts of unused land across the city which was acquired for carrying out development activities in the city. The total area of unused land located at prime locations in Chennai lying under the control of CMDA is 75 acres ( or 70 football fields). The total value of these unused land parcels is ₹1319 crore [1]. 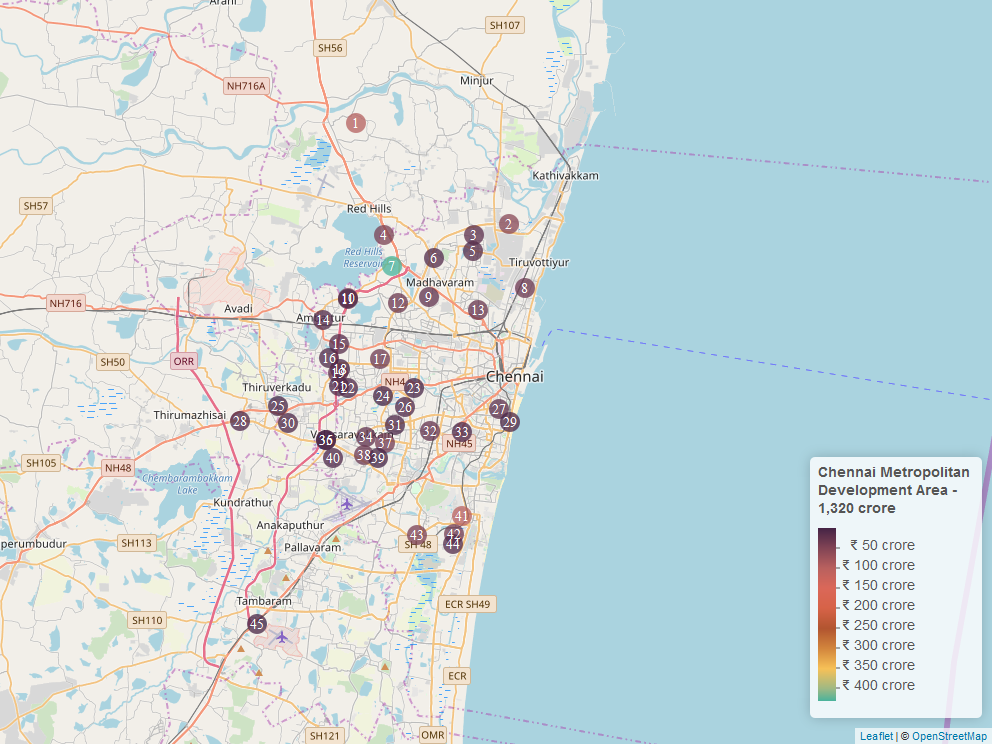