The Gram Sabha land comes under the Gram Sabha. Gram Sabha is responsible to undertake functions such as sanctioning the projects for the social and economic development of the village

As per the response of an RTI application filed by a Delhi-based activist Rajhans Bansal, around 1,000 acres of gram sabha land is encroached by the land mafia. The land grabbers are sitting on gram sabha land worth ₹5,000 crore.

The gram sabha land of villages including Dera Mandi, Aya Nagar village, Mithapur, Jaitpur and Neb Sarai located in the south and south-east zone of New Delhi is heavily encroached by the land sharks. These encroachments are a result of the strong connection between the land grabbers and local leaders.

Despite the strong instruction from the Supreme Court to all the state governments and union territories to evict the encroachers from the gram sabha land, the encroachment on gram sabha land is widespread in New Delhi. It is very disappointing to see that land which was meant to be used for the development of villages in New Delhi is being illegally encroached by the people. 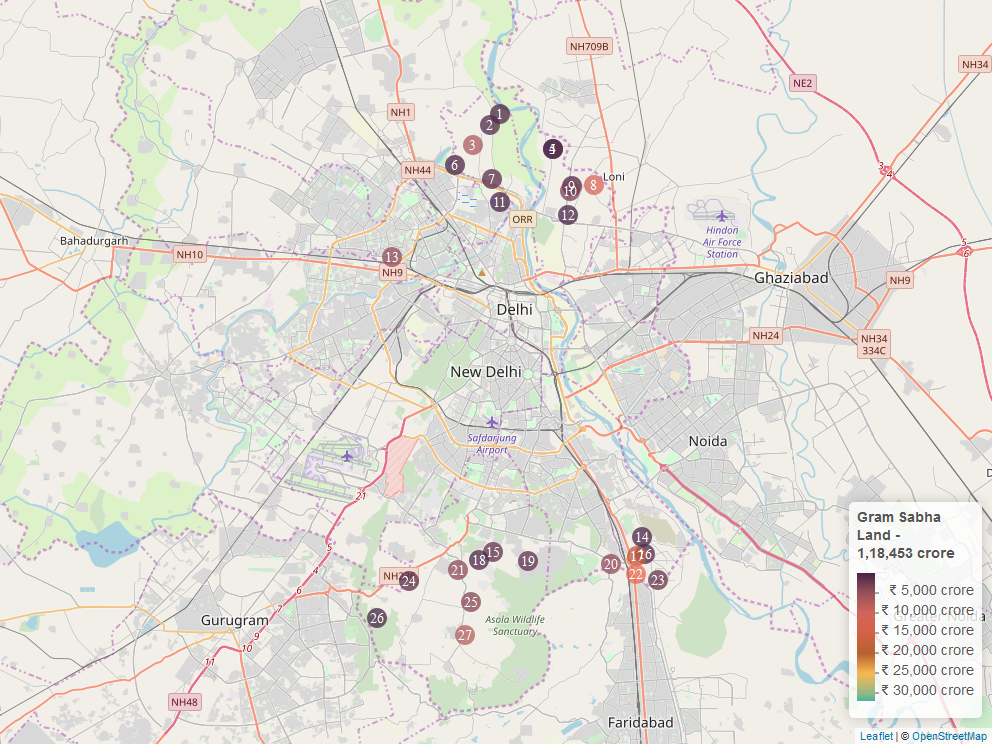