Haryana Irrigation Department is sitting on large chunks of unused land across the state. The department also holds tracts of land which are stuck in litigation due to illegal encroachment. These parcels of land are located in the major cities of Haryana. This indicates that government cannot even protect their own land parcels from encroachments.

All such unused land parcels must be free-up from the control of the Haryana Irrigation Department. Such land parcels are being abused and restricting urban expansion and development in major cities. 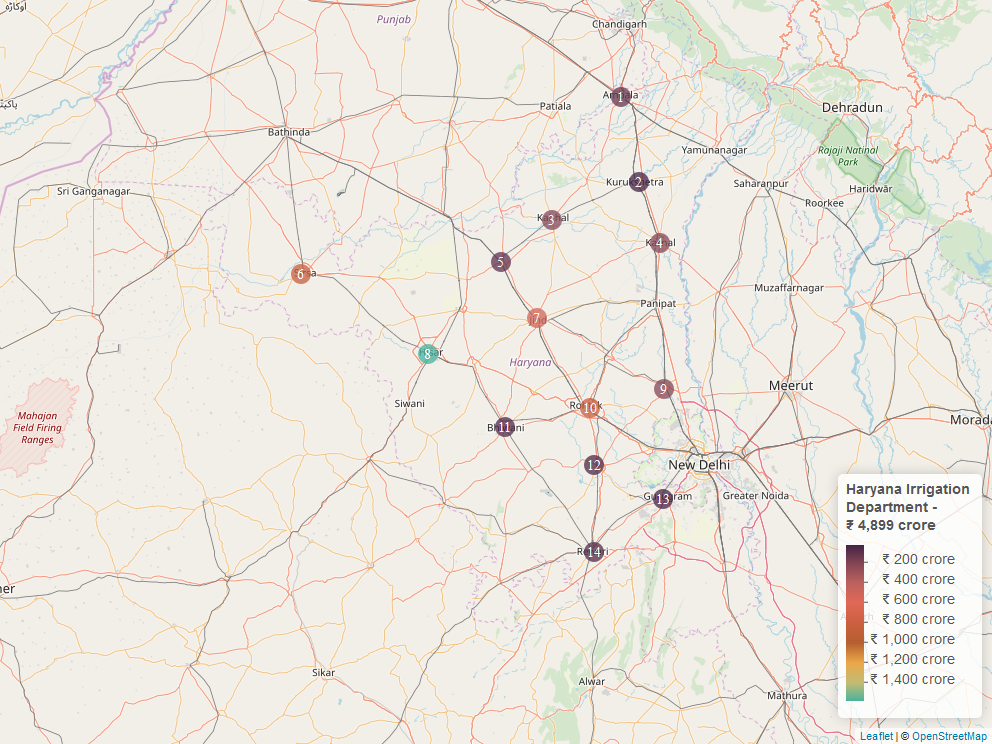