Hindustan Machines and Tools Limited (HMT) is a state-owned enterprise established in the year 1953. HMT functions under the control of the Ministry of Heavy Industries and Public Enterprises, Government of India. HMT is in the business of manufacturing watches, tractors, printing machines, and metal forming presses. HMT is headquartered at Bengaluru.

HMT holds vast tracts of land across the country which is lying unused. The total area of vacant land held by the HMT is 471 acres. The total value of these unused land parcels is ₹ 997 crore [1]

These unused land parcels should be freed-up from the control of Hindustan and Machines Tools Limited so that it could be used for the development of the country. 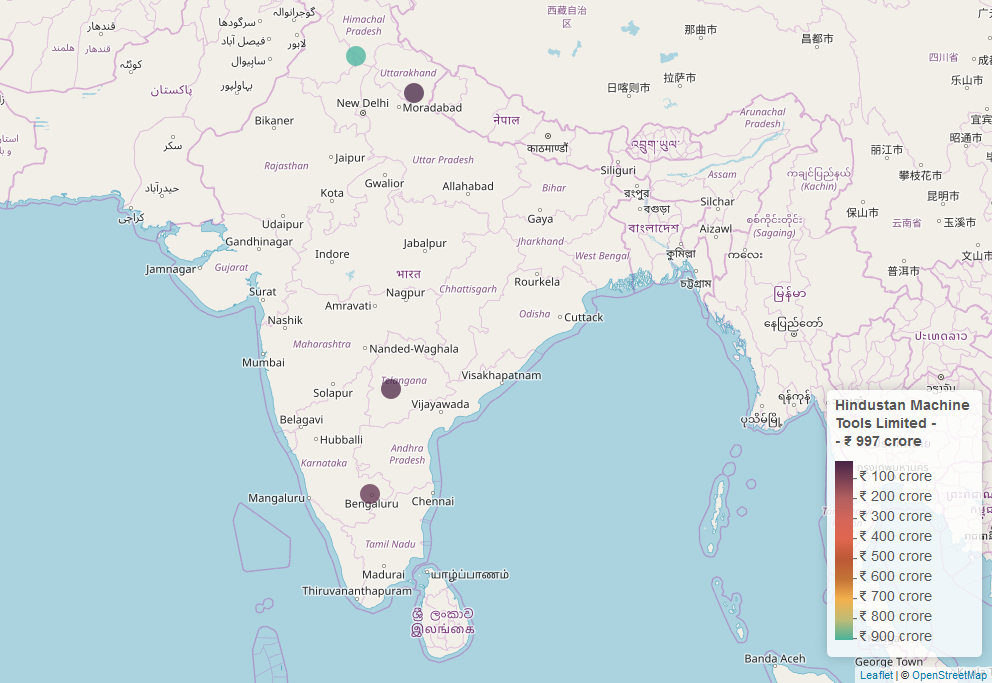