The total area of land lying vacant under RIADA is about 184 acres. The total value of these unused land parcels held by RIADA is around ₹ 316 crore [1].

Such land parcels are being abused and restricting urban expansion and development in major cities. .If these parcels of land are unlocked from the control of politicians and bureaucrats then it can contribute to the economic development of Jharkhand and will urban expansion.

Refer to the table and accompanying map for details. 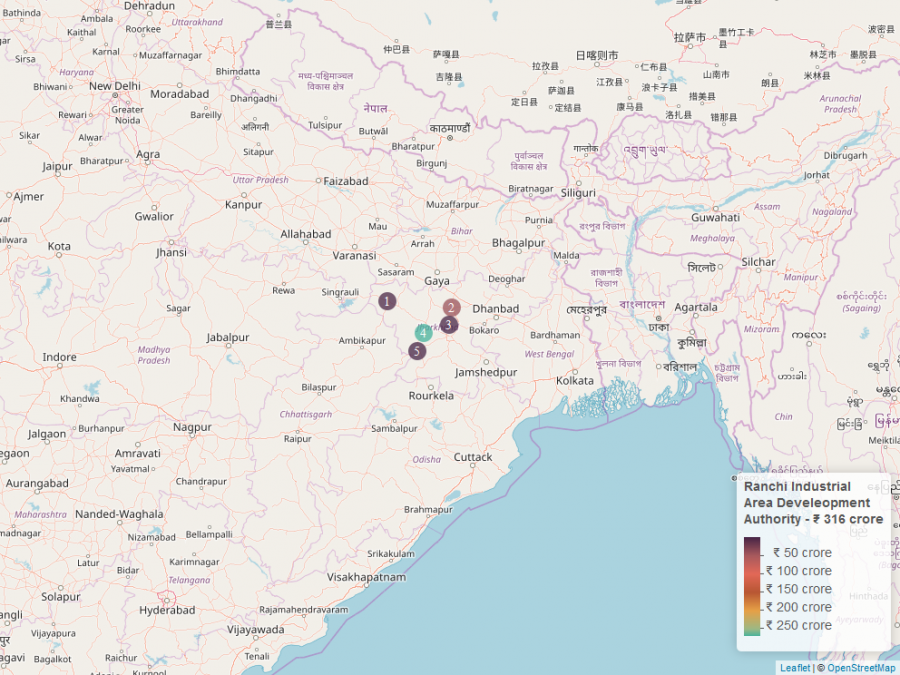