The Comptroller and Auditor General of India (CAG) pointed out that during 2012-13 to 2013-14, UPSIDC had a target to develop 1,662 acres of industrial land, but UPSIDC failed to meet its targets and developed only 190 acres of land. Resulting in a shortfall of 88 per cent. [2]

The CAG also revealed that during these years UPSIDC incurred an expenditure ₹ 27 crore for upgrading and maintaining of industrial areas. However, as per the operating manual the upgradation work taken up by UPSIDC was not permitted. As a result, an expenditure of ₹ 27 crore remained unfruitful.

The Government of Uttar Pradesh acquired vast tracts of land in the name of industrial development and did not develop them, instead kept them vacant. The corporation also inefficiently wasted taxpayer’s money in upgrading industrial areas eventually lying vacant.

Such land parcels are left unused and are restricting urban expansion and development in major cities. Refer to the map and its accompanying table for details. 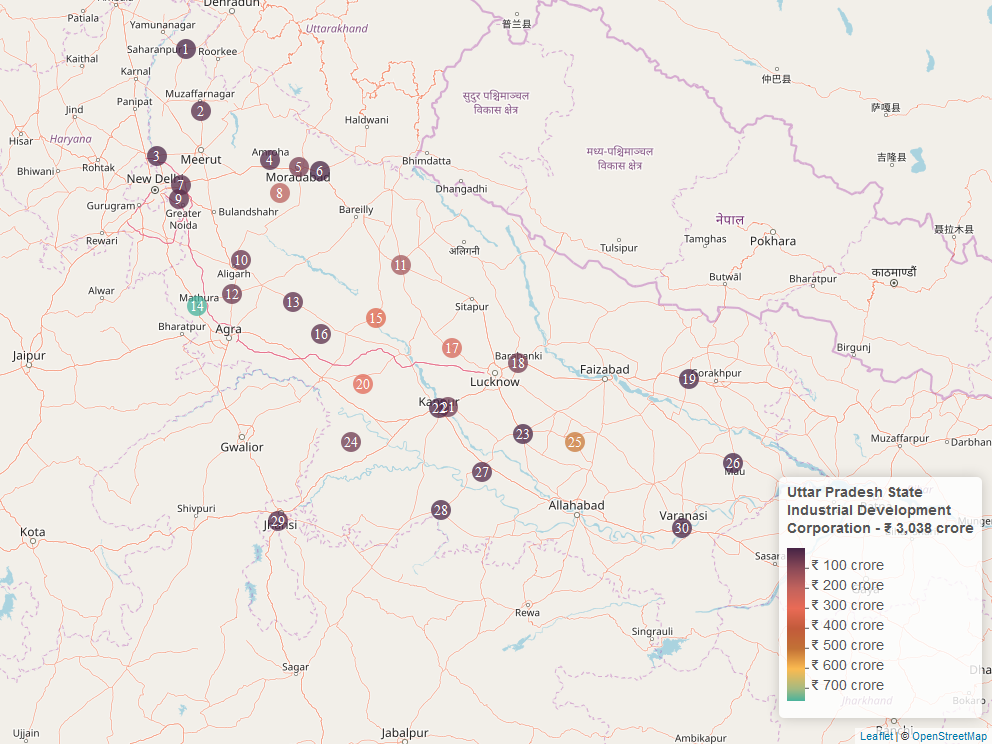